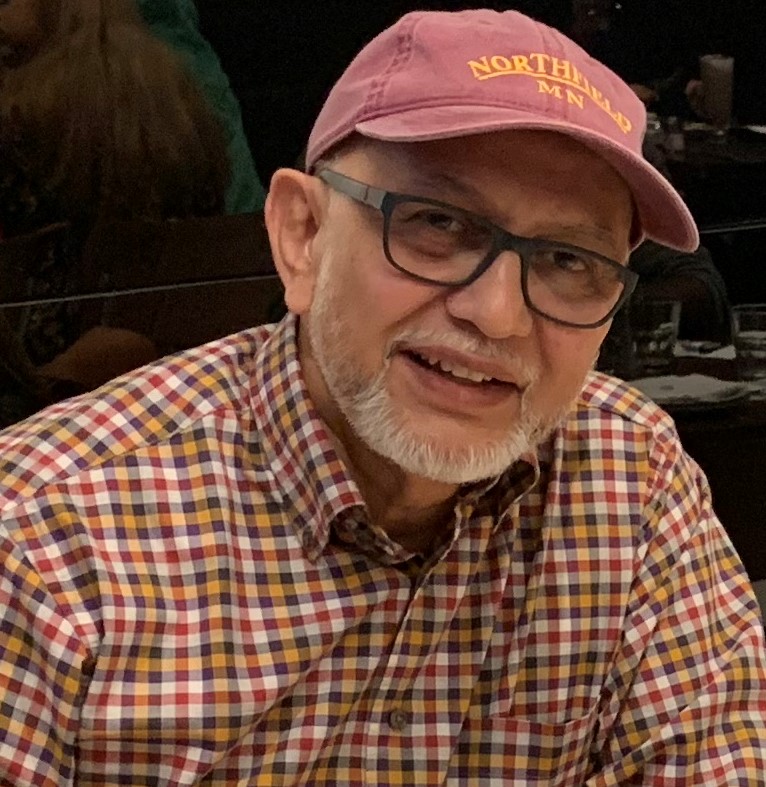 The Founder, current Chairman and CEO, Shafi Ahmed Khaled, is an educator in Business & Economics. He holds master's and doctorate degrees. In the 1980’s, as a graduate student, while going through a course related to Industrial Psychology, he stumbled upon Factor Analysis. It uses a mathematical technique to quantify emotions such as anger, happiness, etc. Thus, say, for identification as well as measurement of intensity of anger, one may identify telltale factors such as loudness of voice and quickness of speech, reddening of face, unusual use of swear words, flailing of arms, etc. They are all quantifiable and may act as proxy variables regarding this particular emotion. So, he thought about his own community back in the old country, and even here today in the West, that has been able to vastly stave off addictive behavior, depression, suicidal tendencies, etc., yet is unable to follow other don'ts (back in the old country, again) such as, not to drive erratically or honk randomly, litter the street wantonly, or rush rather than queue up when seeking a service, having a reliable economic or political system, etc. So, he was curious why and how is it that his people follow the prohibitions against drinking, gambling, fortunetelling and pre and extra marital relationship, for example, yet fail to follow these other prohibitions? Why is their personal, family and social life more put together, inclusive and more holistic?

The West, on the other hand, has been very successful in politics and economics, in education, science and technology. On the other hand, at personal and social level, its trials and tribulations have been endless.

So, why is there such a difference in success profiles of the two communities? It appeared to him then, and even now close to three decades since, that the devil is in the details. His community’s areas of success is a function of the spiritual, moral, personal, family and social values and actions mapping that they have been gifted with and which they have been largely walking ever since. Likewise, the West has a detailed mapping in the areas in which it is manifestly successful and which it follows conscientiously.

Getting back to Factor Analysis. That raised many questions. Mainly, what are the underlying, hidden or overt, spiritual, psychological and social factors or structures that have allowed his community this type of sustained, pervasive success over time and space? What receives their voluntary acceptance and cooperation, and guides them so as to be self-corralled? In resolving this puzzle, he realized that maybe he could share this with people of other communities who are being debilitated by addiction of one type or another. As a new citizen, based on his personal values, he felt he needed to give back something lasting to the host community. Perhaps then his community and he could become true sons and daughters of the soil?

Yet his vision was not to seek religious conversion of others, but elucidation of what works, how and why for one faith community. While all of it is emanating from a spiritual domain of a particular variety, it is a part of human heritage. He wanted to be like a doctor who does not care about his patient's faith persuasion. He wants to know about the case history, diagnose the problem and prescribe the best way to recovery.

Needlessly to say, Dr. Khaled has been questioned by some people of his faith denomination whether individuals who follow his methodology will be successful. After all, not only are they not expected to accept the faith, they are not formally presented with the actual faith's identity. Presumably, those who accept the faith have a significantly higher qualitative appreciation. So, according to the observers, absent self-selection, all he possibly has is a hollow exercise!

Well, the least Dr. Khaled can do now is to see how the experiment pans out in the long run. Now, fortunately, given the tall order that he has set out for himself and with the very meager resource at his disposal, the advent of the Internet has been Godsend. He was stuck for years not knowing how to go about implementing his vision until he remembered about China's Ma and his Alibaba - the other Amazon.com. Thus, inspired by yet another eureka moment, he thought, surely he could also try. The service could very well be online, making the service seekers but a click away.

So, here he is, and here's Totally Personal Total Choice!

Subscribers get fresh contents on a regular basis!

Whether born of fun, situation-bred, or acquaintance-led exposure, and regardless of the age of initiation, alcoholism is an uncontrolled, debilitating chronic disease of the mind. Having become the go-to source of relief and leisure, a financially expensive habit, alcohol casts a pall of gloom over normal life. It affects people variously. In fact, five impact categories have been identified. Regardless, in the worst case scenario [9.2% of alcoholics; 38 years average age;

Drug Addiction originates in habitually consuming hard drugs [i.e., illegal or controlled substance without prescription]. Entering the body variously [via drinking, smoking and inhaling, snorting, smelling, injecting, inserting, etc.] for the express intention of gaining pure pleasure and relaxation it produces, in the long run it reveals itself to be the Trojan horse it is. It is an induced/acquired mental (i.e., psychological and emotional) and physical disease.

Once viewed as an impulse control failure, GA has been reclassified as a mental disease. No matter what gambling has been to a person, how it has arrived and is pursued – as a past-time or a challenge, casually or regularly, self-discovered or inducted, as an early starter or a late-comer, openly or secretly, in solvency or in-debt, family-sensitive or irresponsible - girded by precarious financial condition, its steely grip produces tremendous psychological and emotional

According to current professional assessment, HSD/IDO/SA is not a disease but an impulse control disorder. It is taking a normal, adult inclination into directions, places, times, people, and processes that are far from normal. Sexual Addiction is very secretively pursued and is quite destructive to one’s social status, health, relationships, legal standing, spiritual and ethical moorings, and sometimes even to one’s income earning capacity and assets

“Difficulties break some men but make others. No axe is sharp enough to cut the soul of a sinner who keeps on trying, one armed with the hope that he will rise even in the end.”
Nelson Mandela

“There’s a world of difference between truth and facts. Facts can obscure the truth.”
Maya Angelou

“We are only as blind as we want to be.”
Maya Angelou

“We delight in the beauty of the butterfly, but rarely admit the changes it has gone through to achieve that beauty.”
Maya Angelou

“The time is always right to do what is right.”
Martin Luther King, Jr.

O God, I realize Your presence having been blind before Failing none, to every supplicant You lend Your blessed ear I am turning to You now even if I cared not to do so before With hope and prayer, inside Your high walls I take refuge Afford me clemency, security, and in all my affairs, reliability! Amen

Below, some punch lines hustle and little poems create Easy and handy, like prayers be, for earthly use To dust off and see each day through royally Good luck, fair weather and Godspeed!

Religiosity appears winded, narrow to some Just like a river, for one given to compare But the river eventually meets up with the sea Imagine with proper religiosity where one could be!

Who hasn’t seen it, can anyone anywhere deny it A storm as it gathers, as it bears down and batters Yet at the end, it must wither and completely disappear? So, surely as the pesky storm, my future is clear with fair weather!